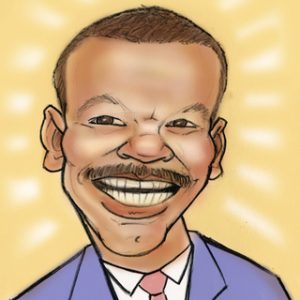 BARRY BECKHAM is considered one of our most innovative prose writers who has brought a variety of experiences to his work. He is a distinguished novelist and founder of the Beckham Publications Group. He has been a public relations writer for the Chase Manhattan Bank and AT&T, and a tenured English professor at Brown and Hampton Universities.

When Beckham published his first novel, My Main Mother (Walker) in 1969, he had just graduated from Brown University and was writing for the public relations office of Chase Manhattan. President David Rockefeller dubbed him Chase’s “first bona fide novelist,” and The New York Times Book Review hailed the work as a forerunner of “remarkable things to come.”

His second novel, Runner Mack (Morrow, 1972) was selected by the New York Times as one of the year’s most noteworthy books. “Beckham is a masterful writer, and his novel is an emblem of contemporary black frustration,” wrote the Library Journal reviewer. “This story of an aspiring black baseball player is skillfully written and richly imaginative,” declared The New York Times Book Review.

It was nominated for the 1972 National Book Award and is considered the first baseball novel written by an African American.

He is also the author of Double Dunk (Holloway House, 1981), the innovative autobiography of Manhattan schoolyard basketball legend Earl (the Goat) Manigault. The HBO biopic, Rebound starring Eric Lasalle and James Earl Jones is based on the Goat’s life. Employing novelistic touches of scene setting and dialogue, Beckham sustains the second person point of view throughout the work–about which the Newark Star Ledger said: “Every high school and perhaps junior high school student should read.”

Beckham’s first novel in two decades, Will You Be Mine? takes on an old theme with a new approach. It’s the distinguished novelist’s stab at presenting a different kind of love story. “I wanted a black male narrator who is tender and passionate,” says Beckham. “At the same time,” he adds, “my main character encounters the usual absurdities that come with being a black male in twentieth century America.”

A recipient of a National Endowment for the Arts Fellowship, Beckham is on the board of the Author’s League Foundation, and has served on the boards of PEN American Center, the Author’s Guild, and the George Polk Awards.

Beckham is preparing a revision of his play, Garvey Lives! first produced at Brown University by George Houston Bass who founded Rites and Reasons, the Ivy League’s first black dramaturgical troupe. His newest dramatic venture, Ali and Me: Lessons I Learned From the Champ, is a one-man film starring Richard E. Burton, of HBO’s The Wire TV series.