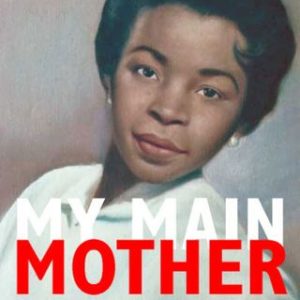 Mitchell Mibbs is a sensitive your black boy whose love and respect for his mother begins to wane when he is seven years old. At that age, he witnesses one of the most life-denying events a child can experience.

As he grows older, he is convinced that the security of his existence is dependent upon overcoming his mother’s cruel insensitivity. Mitchell’s allies are an old, lovable uncle, his boxer dog, Jeff, and a pair of drumsticks. His primary adversaries are a licentious, unresponsive stepfather and a family life permeated by disillusion, drink, and failure. He never knew his own father. And later he finds that his blackness is an additional handicap.

Mitchell’s life seems threatened on all sides. Some of it may be hallucinatory, some a reflection of his sanity, but the failure to gain attention, to be recognized as a human entity makes him cry out for attention. When his uncle dies and he learns of his mother’s plot to sell their old house, “the old, broken-down mansion,” Mitchell knows what he must do to affirm his existence.

My Main Mother begins and ends in an abandoned station wagon. As he sits inside reading his manuscript which documents his life, Mitchell relives his experiences in rustic Maine, in Harlem, in a Rhode Island university, and in Boston at Uncle’s funeral. It is a novel about growing up. Without a father. With a mother who is beautiful, promiscuous, avidly ambitious. In a small town in Maine. In the human jungle of New York. Growing up defiant and scared, happy and torn up. Growing up black. And growing up human.

His story is at once gothic and pastoral, humorous and tragic, real and imagined. At the end, the price has been high, but Mitchell is sure he can be ignored no longer.

WHAT THE CRITICS SAID:

“A novel that is black, bittersweet and beautiful…Barry Beckham may well become one of the best novelists of the decade…” — New York Times Sunday Book Review

A novel that will haunt the reader long after he has finished it.” –Nashville Tennessean