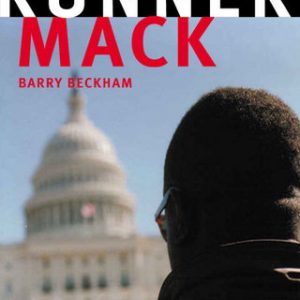 Runner Mack is the compelling story of young Henry Adams’ road to self-discovery through his encounter and friendship with Runner Mack, a self-styled black militant.

Henry Adams’ desire to make the Stars’ baseball team, for which he is well-qualified, symbolizes the larger black struggle first to enter and then to participate with dignity in mainstream American society. His transformation symbolizes the impact of black consciousness on millions of other African Americans.

On its most surrealistic level, Runner Mack touches on the recurring patterns in black history: events symbolic of the slave auction (Henry Adam’s interview), the Underground Railroad (Henry’s subway ride), the forced separation of families (the invasion of men in goggles), and the futile effort to become an American (Henry’s baseball tryout).

Rich with metaphor and symbolism, the novel portrays the “grand old game” of baseball as the symbol of America—for whites, a sanctuary where the American dream is reality, and for blacks, a nightmarish world filled with pain, chaos and frustration.